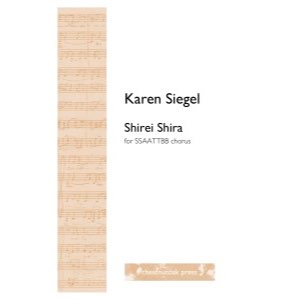 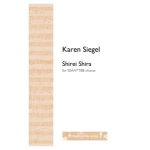 Shirei Shira, meaning “song of songs” or “song of poems,”is a collage of traditional, joyful Ashkenazi Jewish songs (in Hebrew). In Shirei Shira, I present these songs in alternation and layered on top of each other, usually either fragmented or in some type of rhythmic variation from their original form. At one point, the same tune is heard in a different meter in each voice part. The rhythmic and textural complexity changes throughout, becoming a structural component in and of itself. Shirei Shira was composed for and premiered by C4: the Choral Composer/Conductor Collective, conducted by Daniel Andor-Ardó, in 2013.