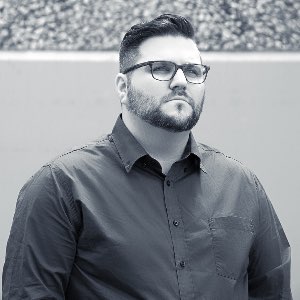 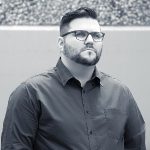 Robbie LaBanca is a vocalist and composer based in Austin, Texas. As a vocalist, he performs with Panoramic Voices, Texas Early Music Project, Chorus Austin, La Follia, Texas Bach Festival, Victoria Bach Festival, Austin Opera, Spire Chamber Ensemble, and the Grammy award-winning Conspirare under the direction of Craig Hella Johnson. He is also Managing Director and Co-Founder of Inversion Ensemble a choral collective made up of composers and singers formed to give voice to innovative choral works and to encourage the creation of new music. As a composer, he has had works premiered by Chorus Austin, Inversion Ensemble, Austin Cantorum, and renowned soloists including Laura-Mercado Wright, Kelley Rhodes, Thann Scoggin, and Steven Soph. He also served as Composer in Residence for the NEO Voice Festival in Los Angeles in 2019. In 2019, his piece Three Rhymes for Suffrage Times was nominated for Best New Composition by the Austin Critics Table.